Compared to PUBG Mobile’s other maps, Vikendi is 6×6 km. This makes it smaller than Erangel and Miramar, both of which are 8×8 km. Though it is larger than Sanhok which is 4×4 km. The Vikendi snow map features icy terrain complete with mountains, open fields, and frozen lakes. There’s even a dino park, a castle, and a giant cosmodrome complete with a rocket and a command centre along with satellites and towers peppering the landscape. Furthermore, the map sports some unique elements. These include an exclusive vehicle, snowmobiles and players can partake in snowball fights on the spawn island before getting into a game.

Aside from adding support for the new map, the PUBG Mobile 0.10.0 update brings some interesting features such as the Firearms Finish Upgrade System. This lets players get new cosmetic items such as kill effects and death crate appearances. The arrival of Vikendi in PUBG Mobile makes it the second platform to receive the map after PUBG PC developer PUBG Corp announced it was hitting Steam on December 19.

A hotfix for PUBG Mobile was released just before Vikendi was available for download which rectified concerns such as graphics quality and frame rate drops. 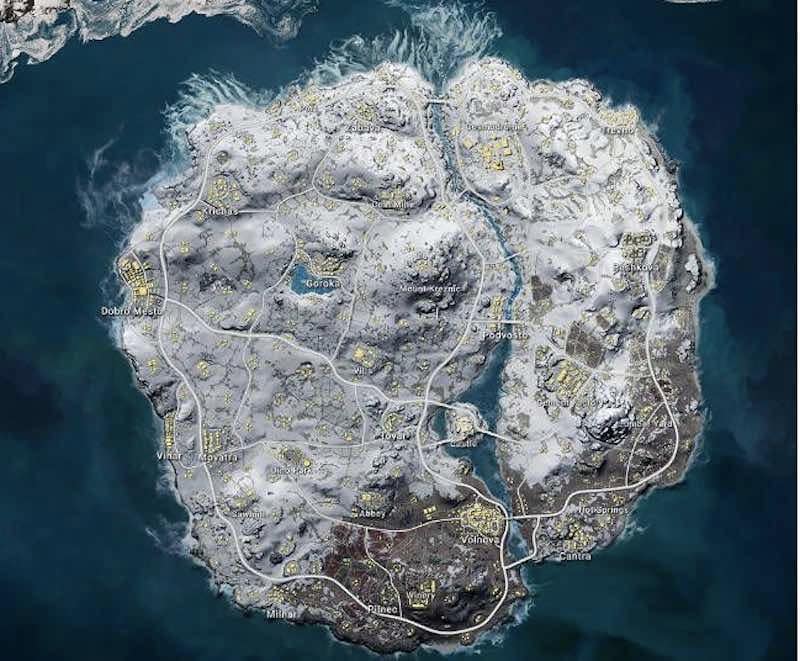 The PUBG Vikendi snow map was previously datamined and recreated by YouTuber Allthenewsisgoodnews. This version was missing foliage, but gave us an idea of what to expect when it hits. In retrospect, it turned out to be fairly accurate.